Take bar hopping to the next level with these super potent drinks on your next Friday night out. These high-proof alcohol drinks are bound to impress even the biggest vet drinker.

A martini doesn’t instantly strike most people as a hardcore drink. There are multiple ways to mix this drink up to give it less of a punch, but at its core, a Martini is an amazing way to disguise a pour of gin. A bone dry martini is essentially gin and vodka mixed together. Regular martinis are made with vermouth, a fortified wine with a low alcohol content. Remove vermouth from the mix when making a martini, and you’ve got yourself a dry martini. This makes a dry martini one of the most alcoholic drinks you can get, as it’s made with 100 percent alcohol.

A famed classic, it’s hard to fathom how this combination of strong alcohols can be mixed into something you don’t need a chaser to down. With tequila, gin, rum, triple sec and vodka all in the mix, this drink still manages to be very digestible. The potency of this drink is hidden with a sour mix and a nice dose of Cola.

Jungle Juice (Not a bar drink, but worthy of the list)

If you’ve been to college, the name of this drink alone is likely followed by a stream of crazy stories. When made correctly, this drink tastes like its namesake, which is the scariest part of this cocktail. It’s made with fresh fruits which are left to stew overnight in an entire bottle of grain alcohol before being served up like a punch. If made correctly, this drink should taste like the opposite of alcohol. This drink wouldn’t be ordered in a bar, but it should definitely be high on your try list.

Created by a 1900s prostitute in Alabama, this drink is easily considered the deadliest cocktail in the world. There are no mixers in this drink, making it 100% alcohol. It’s equal parts brandy, gin, vodka, absinthe and blackberry liquor all mixed together. This drink is no joke.

The name says it all. The zombie was created in the 1930s by Donn Beach, a restaurant owner in Hollywood. The drink was originally made with lime juice, pernod, grenadine, 3 different types of rum, falernum, angostura bitters, and Don’s Mix (a combination of cinnamon syrup and grapefruit juice). The drink is so strong that Don The Beachcomber Restuarant’s limit their customers to two zombies each per night.

Save jungle juice, the rest of these drinks are all up for grabs the next time you’re out for drinks with some pals. 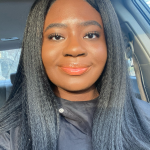